A Landmark Judgment was published on 30 July 2018 relating to provision of food and liquid to patients in a persistent vegetative state.

The case was heard at the end of February 2018 in the Supreme Court. It related to an active man in his fifties called Mr Y by the Court who, in June 2017 had a heart attack. As a result he was left in a persistent vegetative state with Doctors advising there was no prospect of his condition improving.

Mr Y’s wife and children felt that he would not wish to be kept alive in these circumstances when he was receiving nutrition and liquid through feeding tubes. His Doctor’s advised that if these were removed his death would follow within two to three weeks.

An application was made to the Court of Protection for permission to withdraw food and drink. Mr Y passed away before the Court proceedings were concluded but the case continued as the Court felt the issue was of much wider public importance.

The Judges in the Supreme Court thoroughly examined the law about withdrawal of medical treatment and decided that nothing under the current UK law or European Regulations means that Court authority is required.

Applying to the Court of Protection has historically been costly and time consuming and this can also leave to prolonged suffering for a patient. The decision has now been left to the patient’s doctors and family. However, are these people best placed to decide what the patient may have wanted?

Sian Thompson, Solicitor at Swayne Johnson says-  “rather than leaving this in the hands of the Doctors, it may have been better to establish a cost effective and streamlined process for an independent decision.”

One of the difficulties in Mr Y’s case and so many others in similar circumstances was that he had left no instructions or indication of his own views.

That situation is avoided by setting up an Advance Decision also known as a Living Will. This is a legal document directing medical treatment and other care. It can be very detailed but at its most basic includes directions regarding resuscitation and life sustaining treatment.

Sian continues, “Over the years I have prepared numerous Living Wills and no one has ever felt that food and drink should be withdrawn. Instead, when requesting that life sustaining treatment is withdrawn, the client asks that palliative care and nutrition be maintained so that they are kept as comfortable and free from pain as possible. The recent decision in the Supreme Court casts doubt on how hospitals will now approach these issues. I hope this will highlight the importance of considering these difficult subjects and setting up a Living Will before the worst happens.” 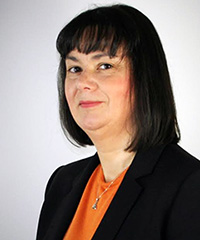 By Siân Thompson – Solicitor in our Llandudno Office who specialises in matters of Probate Law such as Wills, Trusts & Estates. She is a court-appointed Deputy for clients under the Court of Protection and also acts as a professional trustee and attorney, as well as being STEP qualified and a full member of Solicitors for the Elderly.

Where are you from?  Originally, I am from Birmingham but have lived in North Wales since I was a child. Having lived in Anglesey, Gwynedd and now Conwy, I...

Swayne Johnson Solicitors are leading providers of high-quality Private Client law services across North Wales and beyond. Due to the continued growth of our highly successful Private Client department,...

The rising number of second marriages and blended families has led to an increasing number of disputes over Wills in the last few years. In fact, a third of...

The Benefits of Appointing Professional Executors in Your Will

An executor is a person or organisation of your choosing who has the responsibility of administering your estate on your death in accordance with the rule of law and...

Inheritance and Entitlement to Means-Tested Benefits

For most people, an inheritance can be life-changing, even more so when the beneficiary is vulnerable/disabled.  When making a Will, most people wish to provide for their family members,...